In 2019-20 we are focusing in La Escocesa, an industrial enclosure in Poblenou. Abandoned for many years, it was reconverted into a self-managed creation centre. It is owned by the administration in a plot historically threatened by speculation and in a neighbourhood that suffers a gentrification process. La Escocesa presents a complex and fragile scenario: it gathers artists, administration of the arts centre and a gipsy community that squats the perimeter housing. In terms of buildings, only one of the warehouses is officially used by artists, while many are in poor condition.

The first intervention in la Escocesa took place in WAC’19, where AC collaborated with PeiLab from Universidad Javeriana de Bogotá. Our intervention focused in two main topics: community and heritage.

After an analysis of the situation, we designed an “action” that could meet several goals at the same time. We decided to operate in one of the closed warehouses. In terms of heritage, we demolished the walls that covered windows and doors, and built a new entrance with recycled materials. With that action we claimed a space that had been closed for decades, and started a process of adaptation for further use as artist’s studios. While one of the buildings of la Escocesa collapsed as a result of administration’s inaction – a refurbishment project was designed but never executed – an informal action over a listed building as a platform towards heritatge preservation. Regarding the community, we chose music and dance as a cultural vehicle of the diverse communities that would meet on stage. In addition, we built an “air barricade”: an inflatable structure that connected the interior of the warehouse with the exterior.

This ephemeral action allowed that with a budget of € 48 / m2, the warehouse that we had opened could be rehabilitated as a work space for 7 new sculptors and 2 associations, making an open call and among which AC was selected. To build the dividers, recycled DM struts and boards were used. 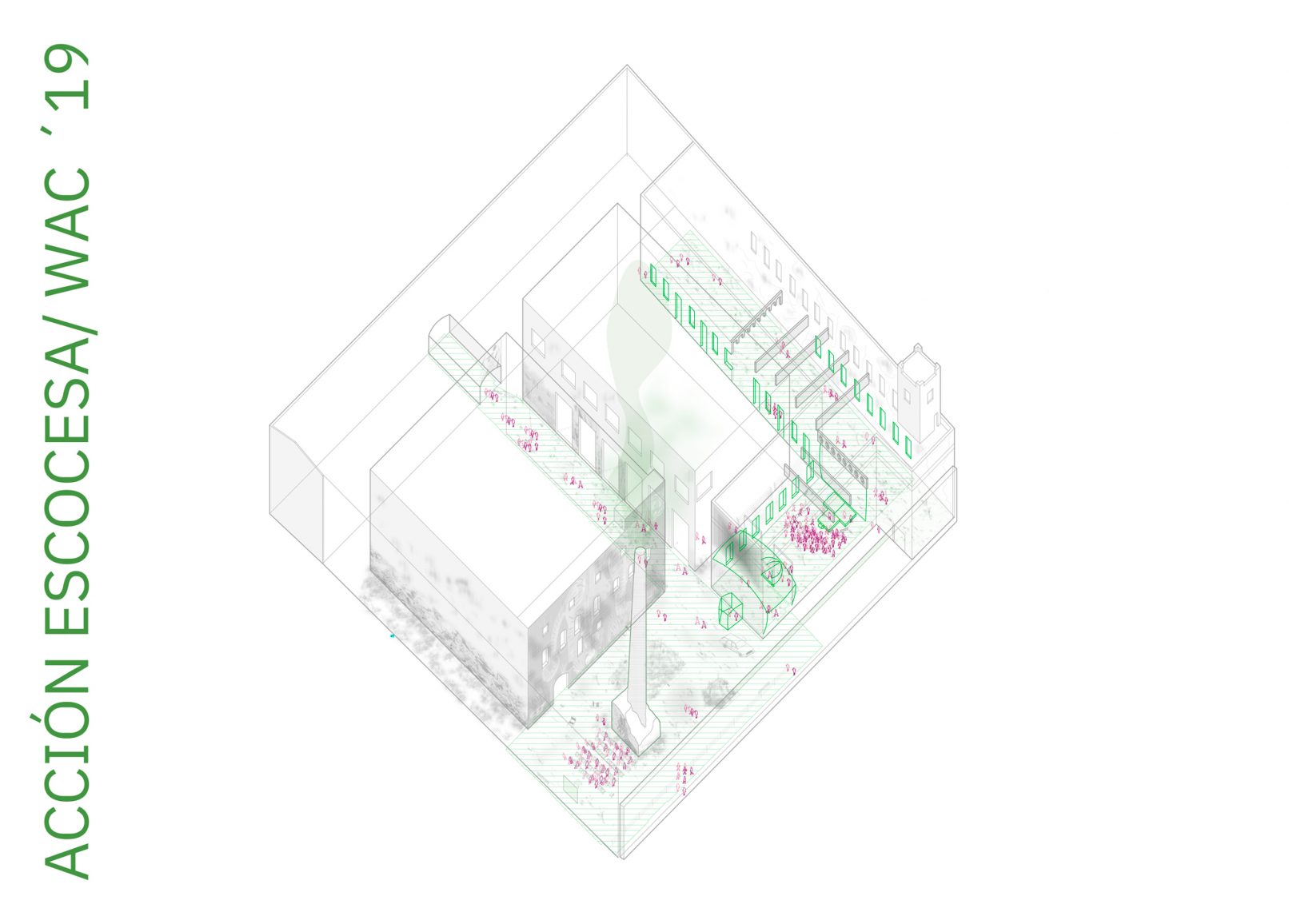 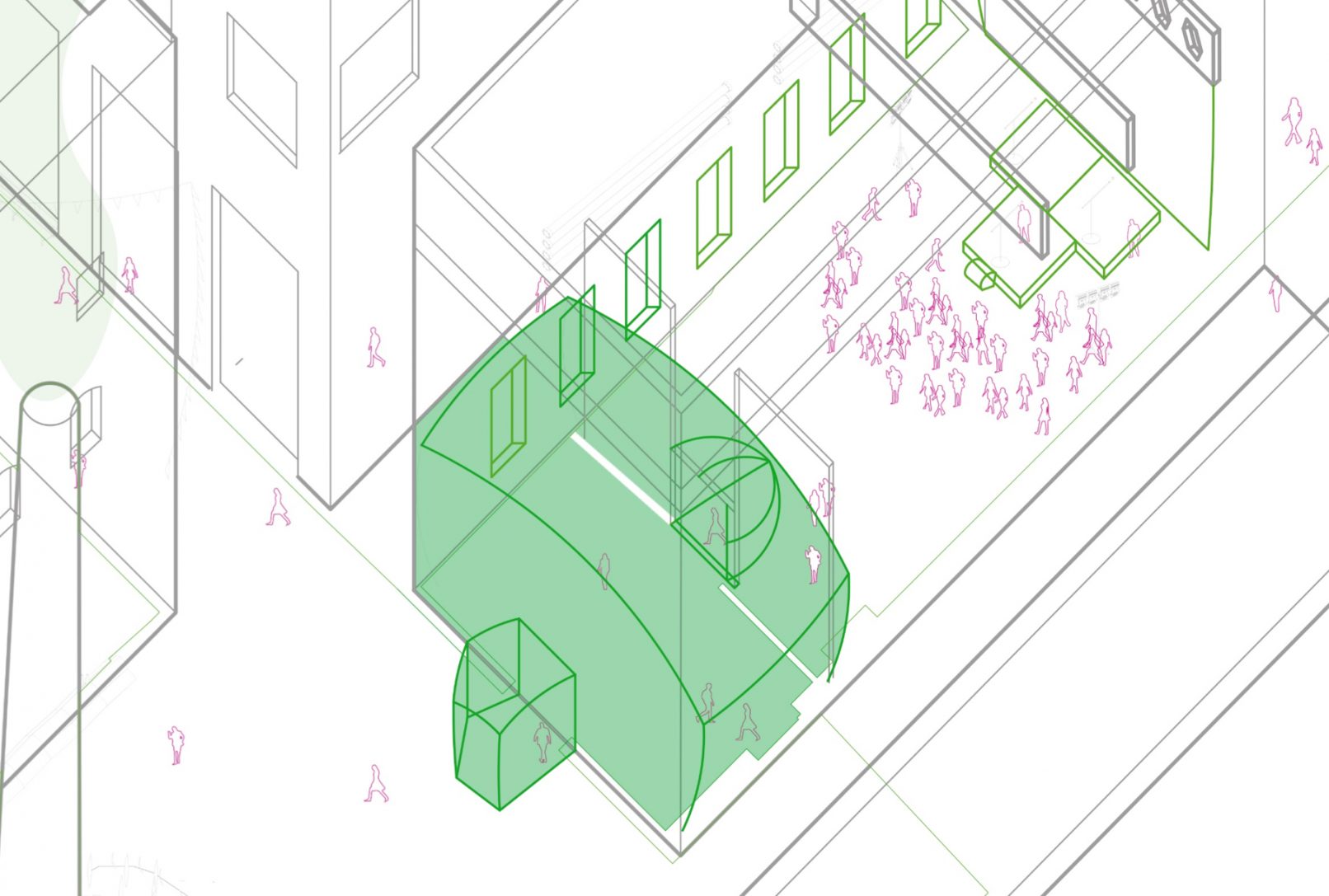 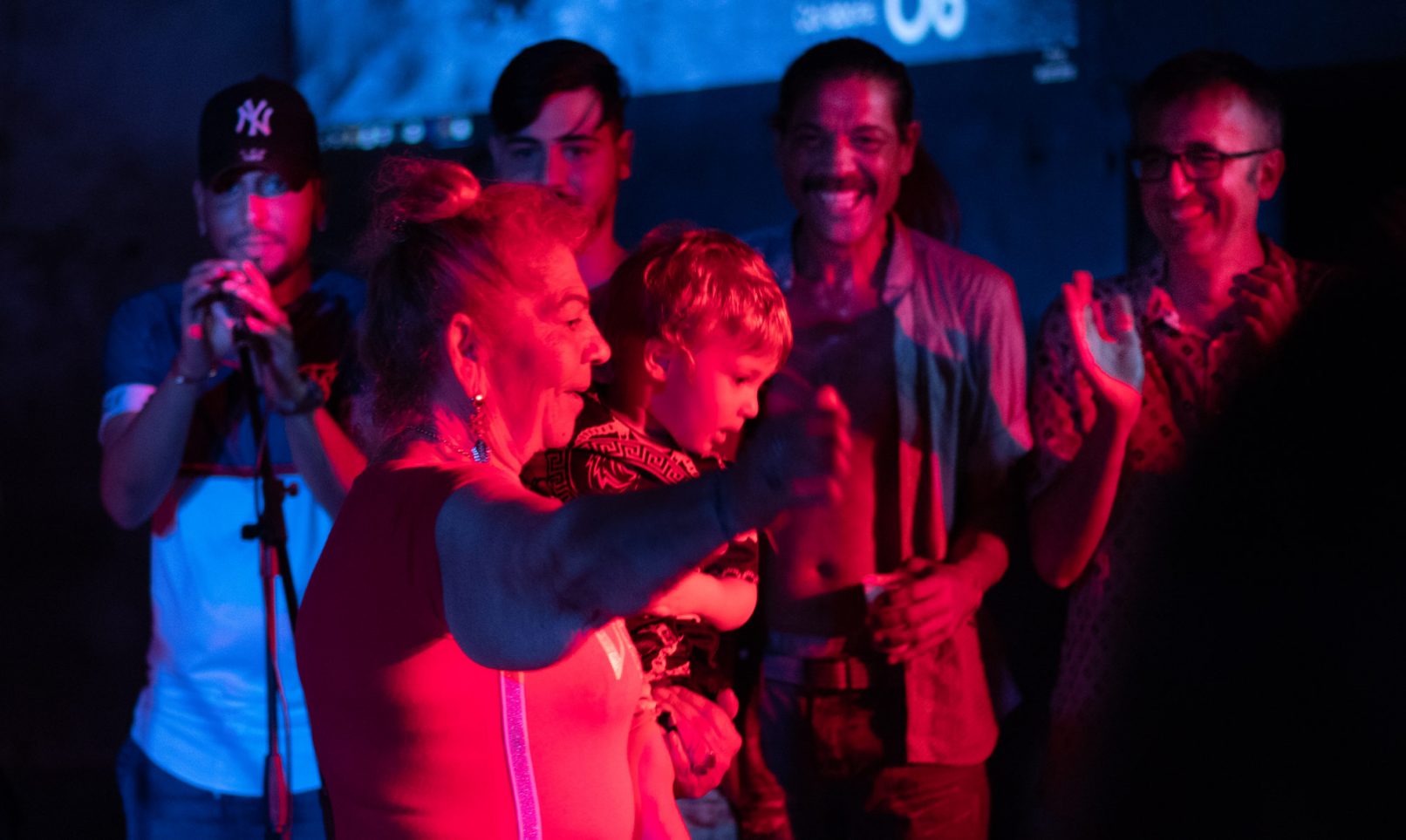 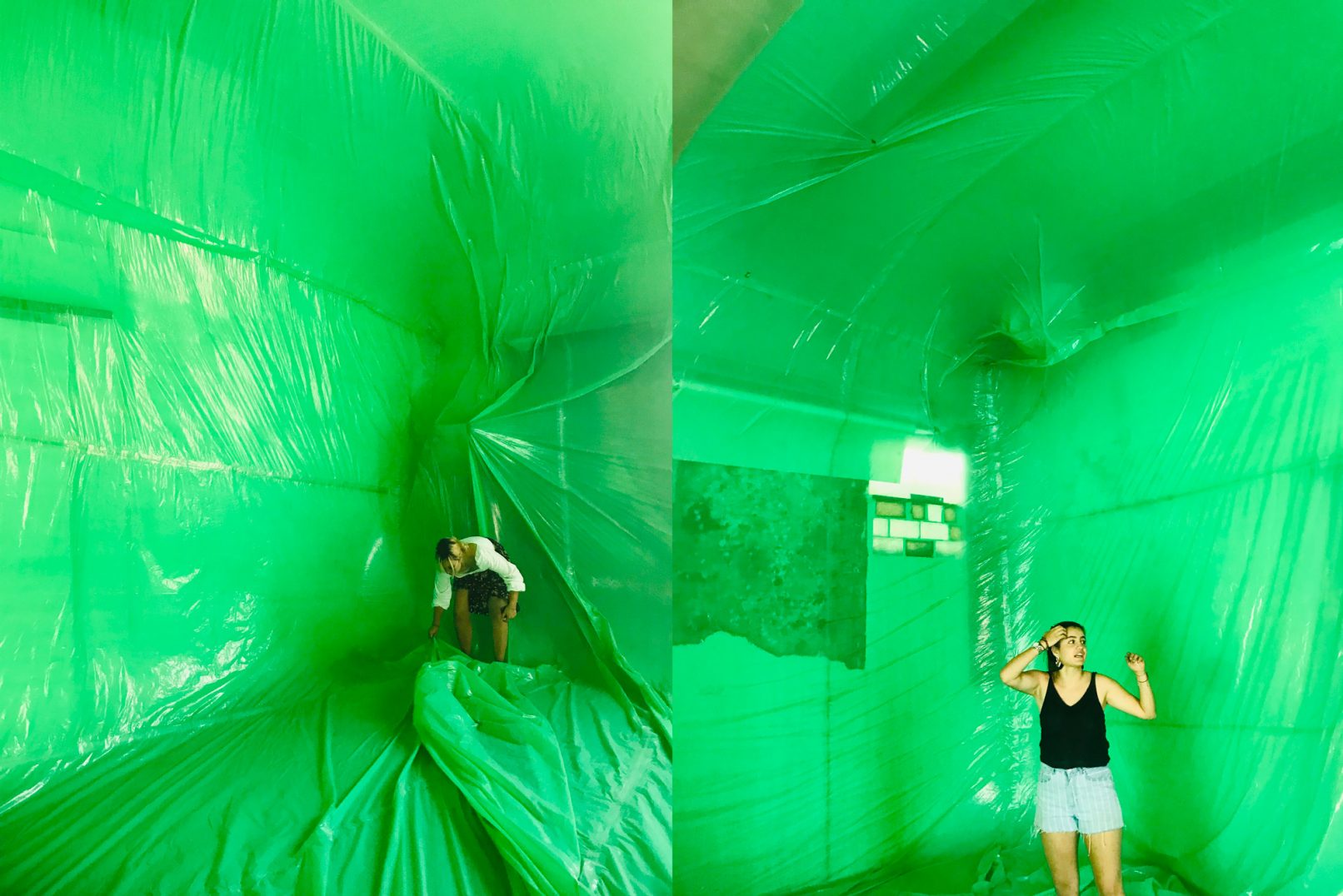 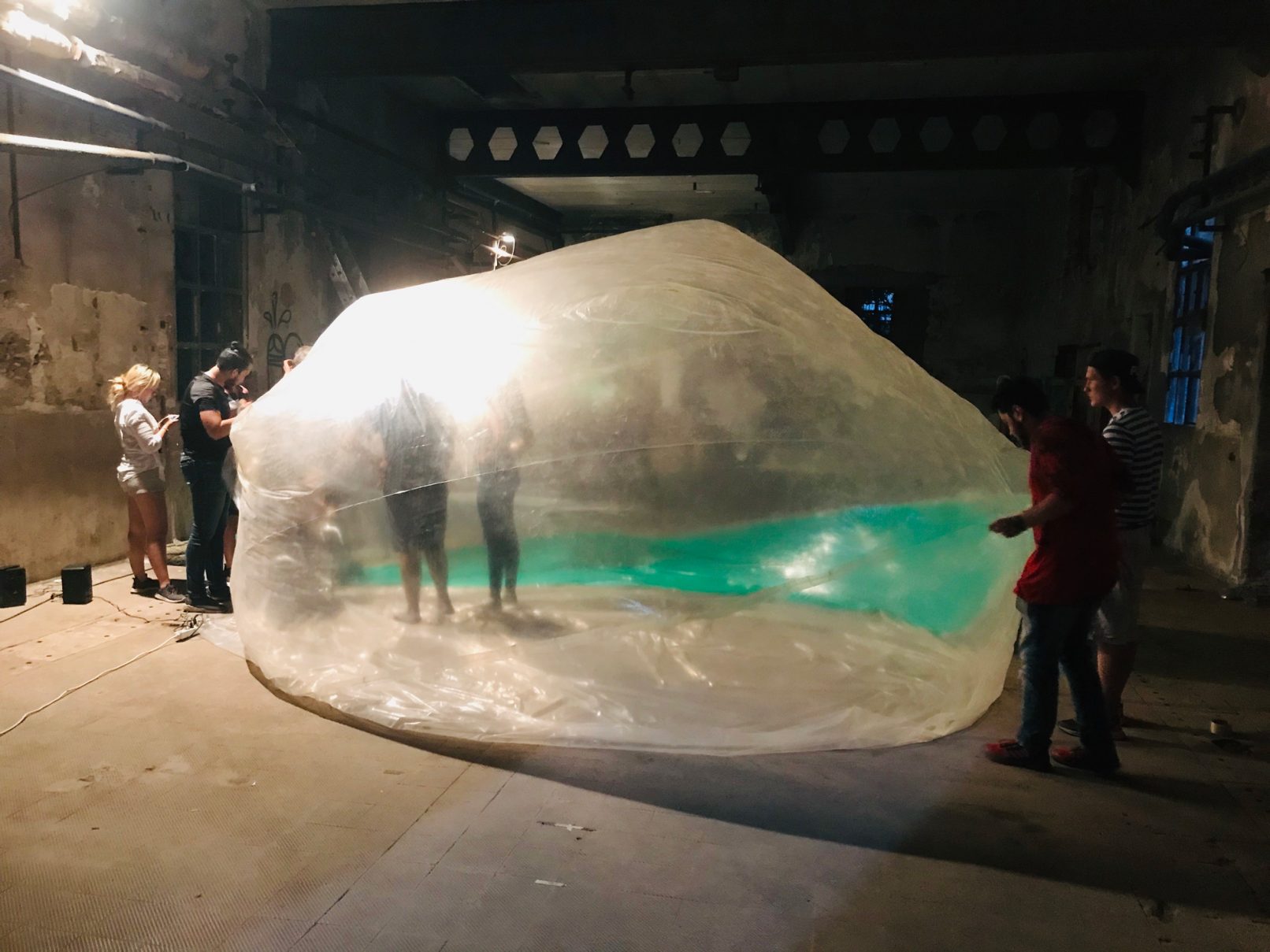 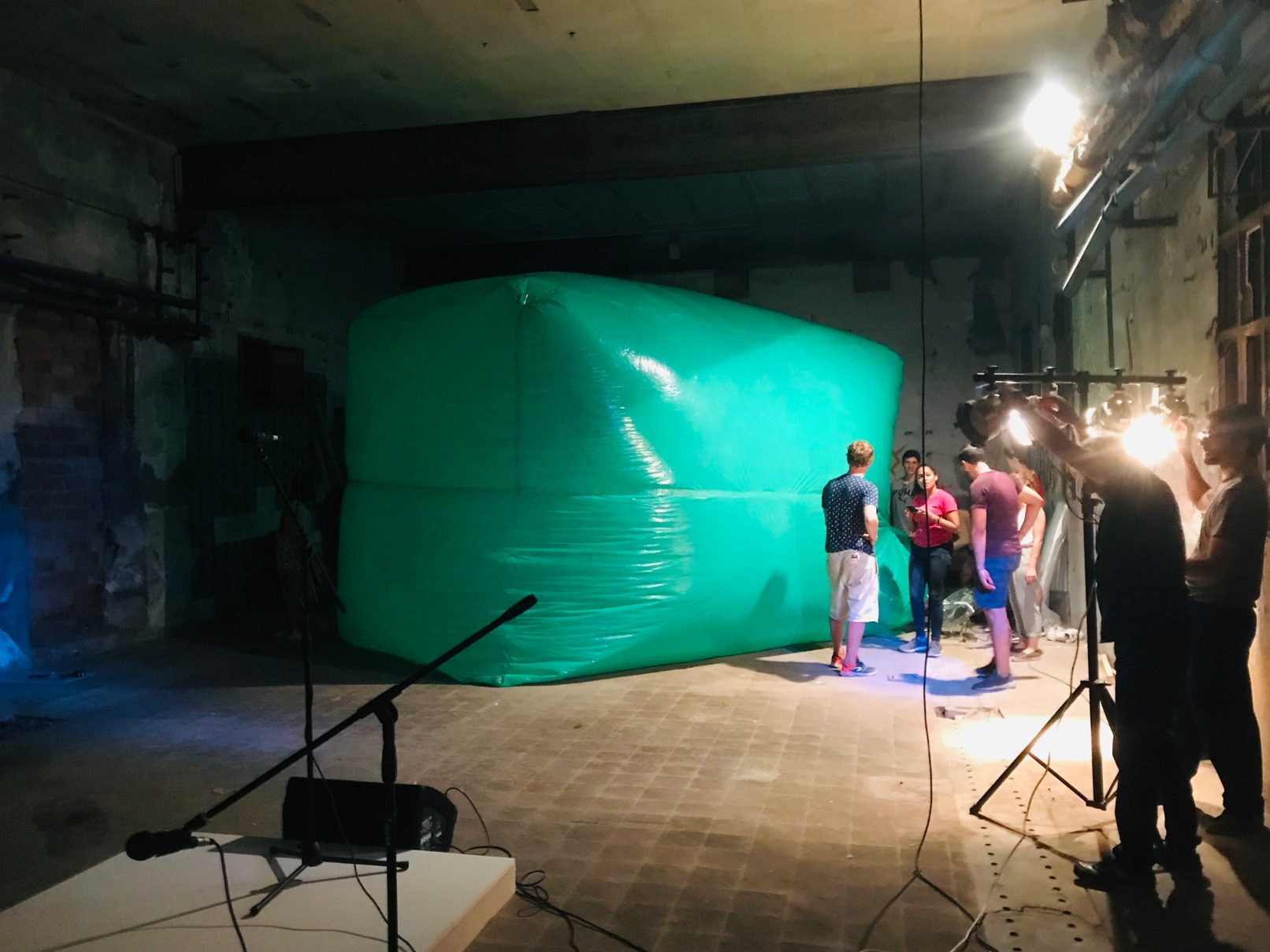