Between October 19 and 21, 2018, we were invited to take part in the Hackathon Dis -covering the RingRoad, organized by the CTPA (Confederation of Architectural Project Workshops). The idea is simple: put 500 people to think about the same topic, in the same space, in a short period of time, and by force, by simple probability, a solution will emerge. That’s what it was about, walking the ringroads, so that 500 architecture students could live, understand and think about this infrastructure in first person.

We took this opportunity to present three moments of the research we were doing in the neighbourhoods of Santa Coloma de Gramenet. Each one is explained in a meta-drawing made with 60 hands and printed on large canvas, where we have simultaneously represented the various layers of information: tangible and intangible, of the subject and the object, of the habitat and of the city, of analysis and strategy, tactic and proposal, etc. The decision to expose this material under a viaduct has allowed us to present the person and their domestic context in interaction with large-scale infrastructures.

The Besòs river has ceased to be a border thanks to the urban integration interventions that have been made and has become a territorial infrastructure capable of building bridges between the different neighborhoods it connects. The ringroads are presented as the new frontier to be diluted and tamed in relation to all these neighbourhoods in the Metropolitan Area. 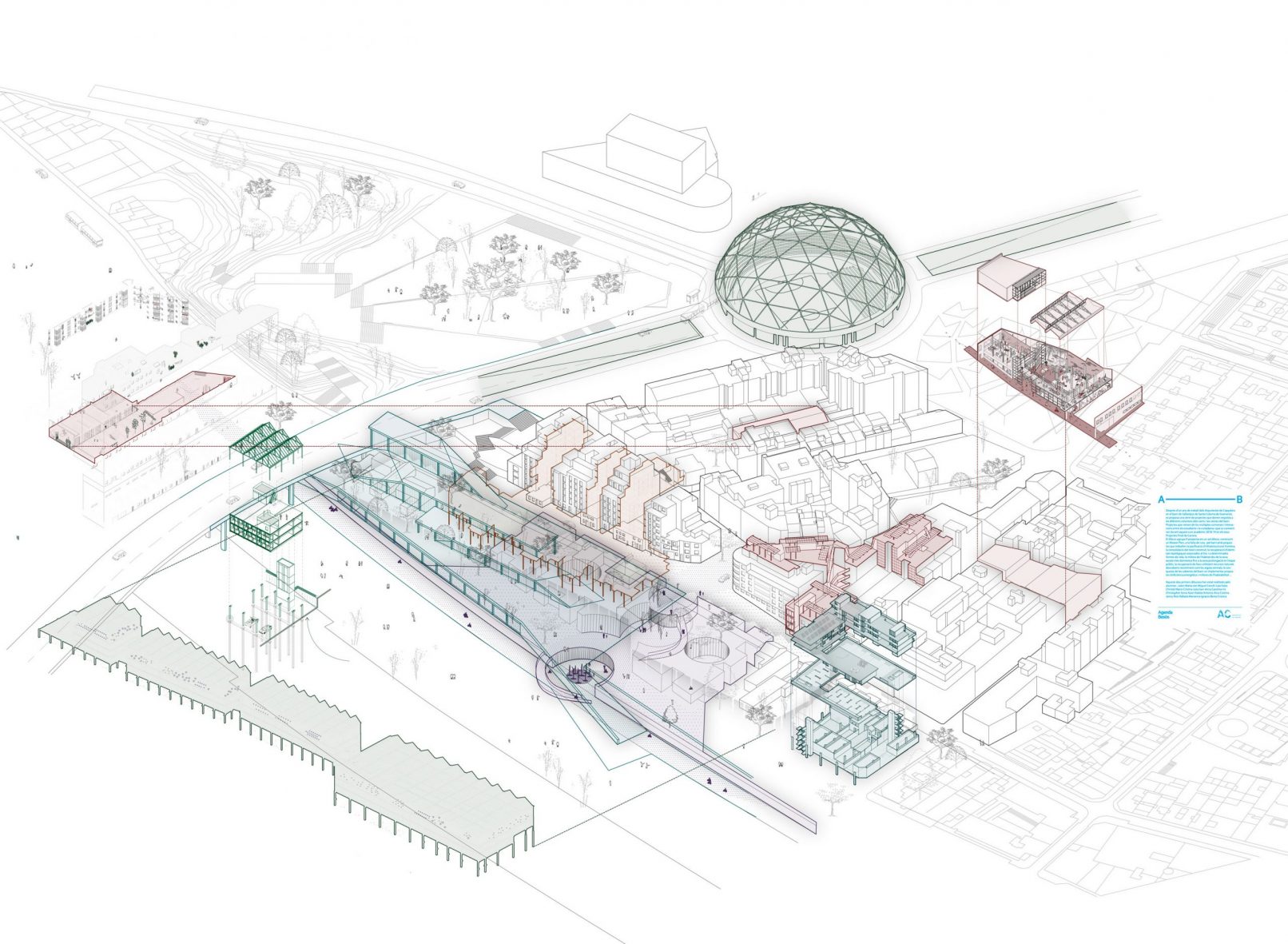 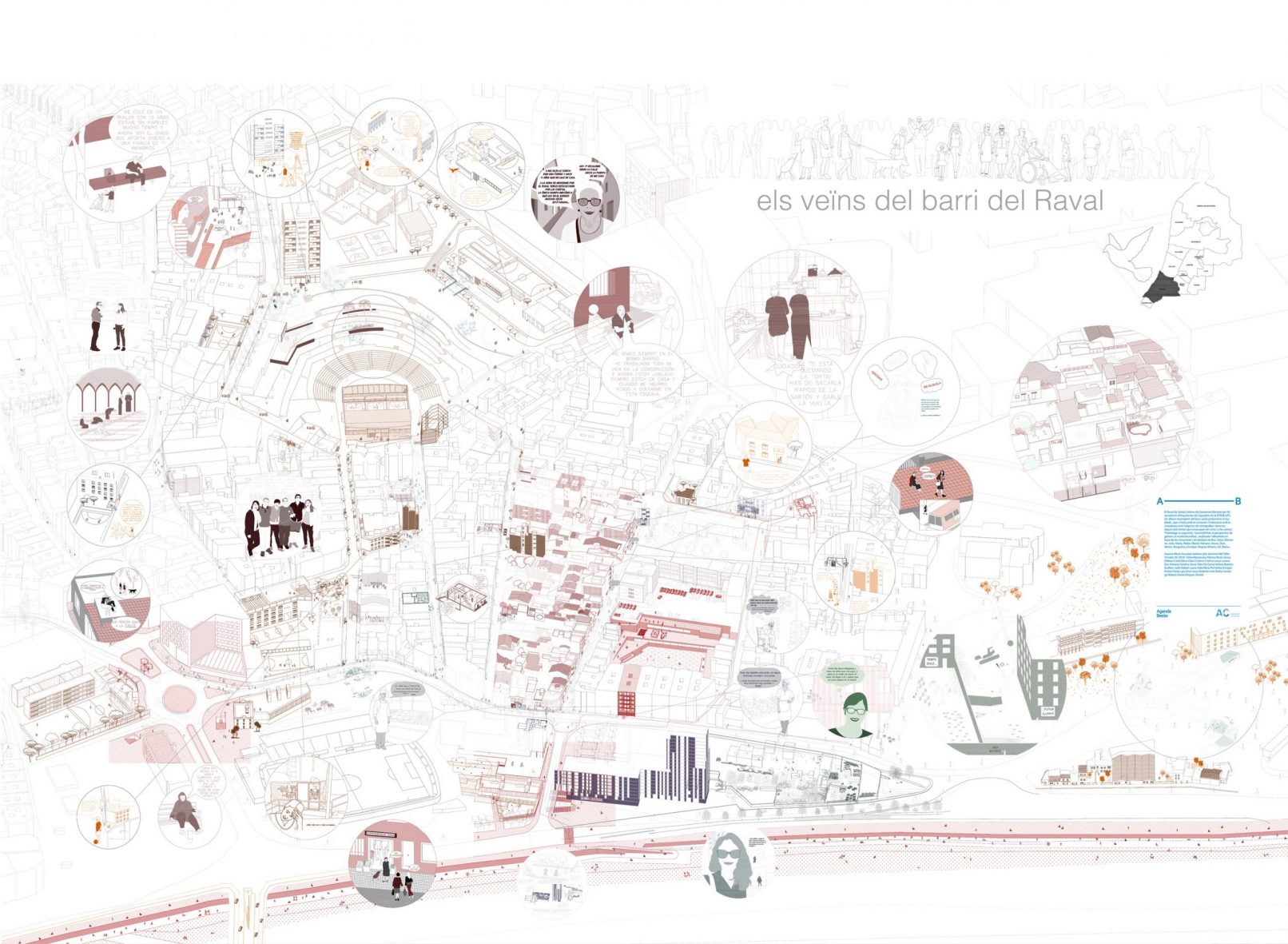 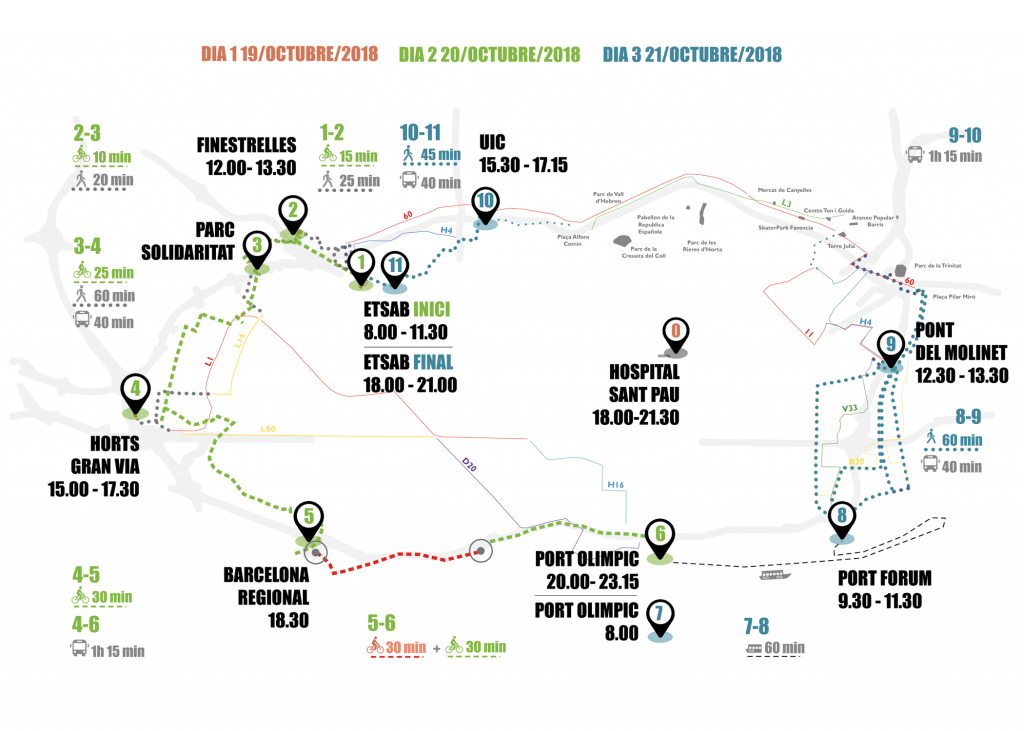 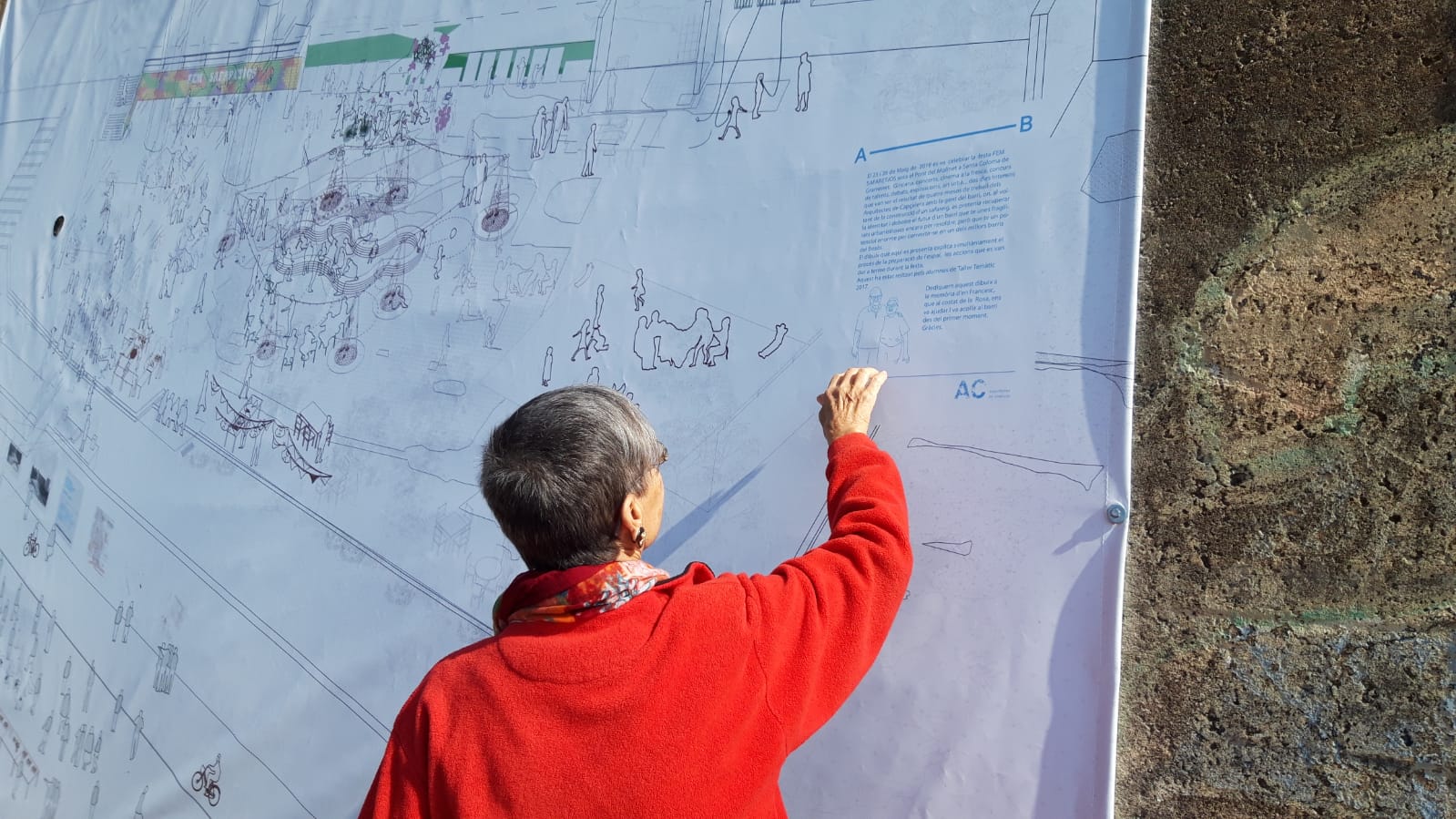 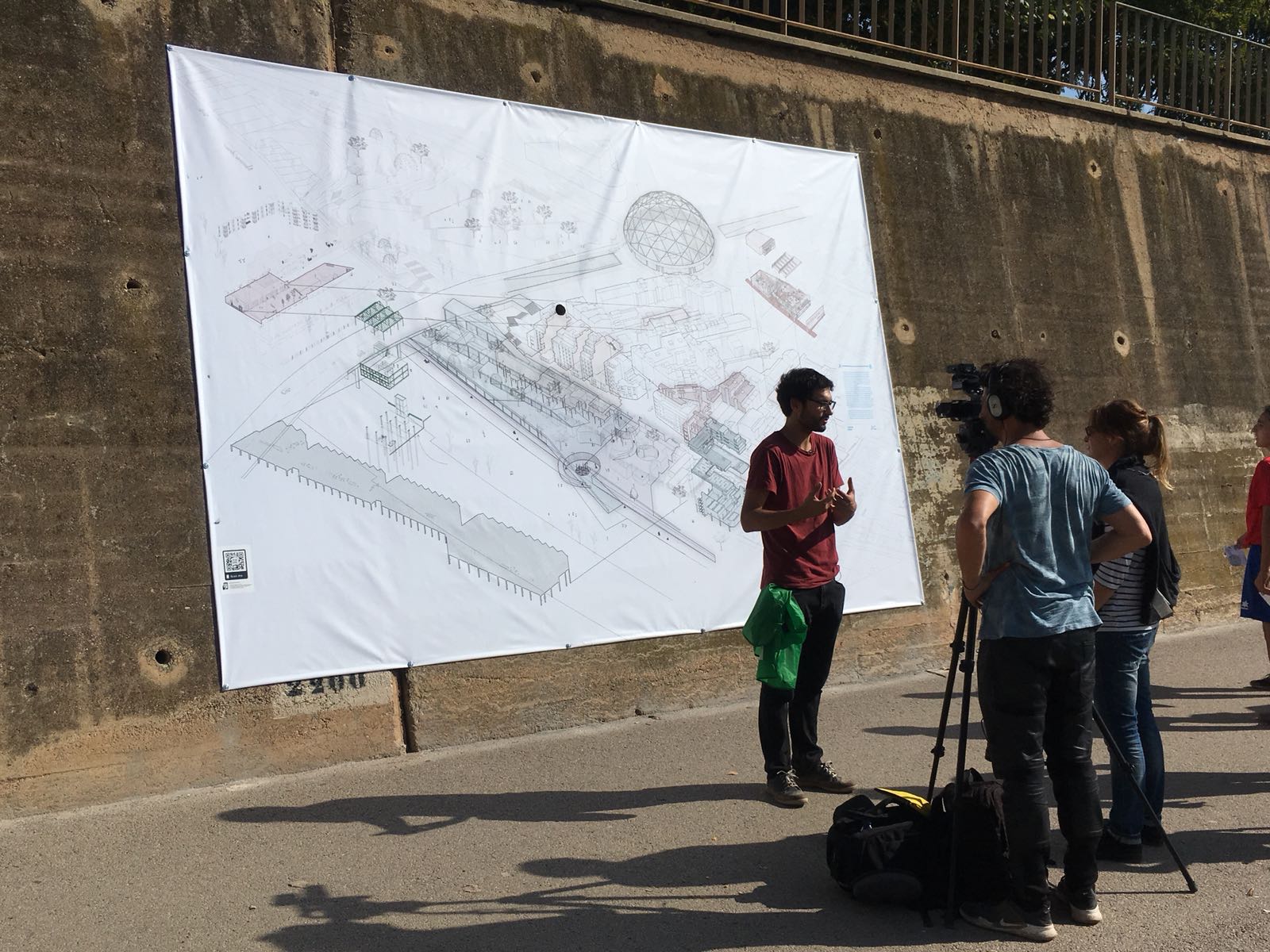 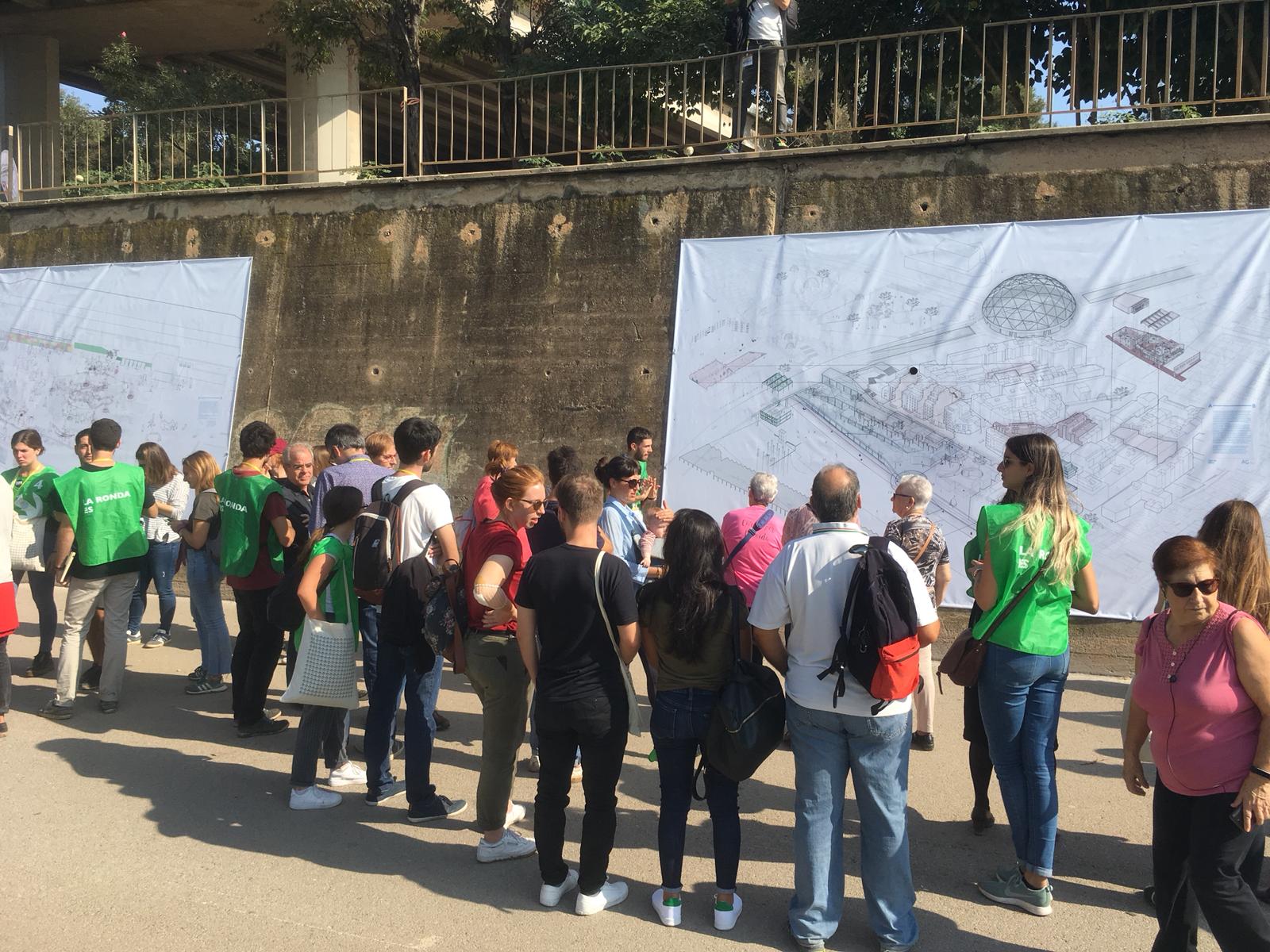