This project was a direct commission from the Colombian Ministry of Culture and Heritage. It consisted in preparing a colonial fortress to host the final event of the “Emerging Heritage” week. As constraints: nearly zero budget, and the impossibility of doing anypermanent change – even small as a nail – to the listed fortress. We partnered with PeiLab from Universidad Javeriana Bogotá and collective Zuloark from Madrid.

During the first days the contradictions of that place became obvious: the fortress was close to Bocachica, a town of 10.000 inhabitants, which never visited that area and felt alienated from it. They live in informal housing where streets lack pavement, lightning and any kind of supporting design of the public space. For our surprise, a gas infrastructure was under construction in a village that had no gas household appliances and lacked a public water supply infrastructure (water was supplied by tank truck). How could gas be prioritized over water? It turned out that the area was being prepared to receive tourism. In other words, interventions where not targeting the actual inhabitants of Bocachica.

First, to domesticate an uncanny space turning it into a living room using broken furniture – fixing it – provided by the locals as a barter.

Second, to protect the area from the strong sun building a shadow with cables and umbrellas.

And third, to buy some trees with the little budget in order to provide long-term shadow (social gathering spaces) for the future. 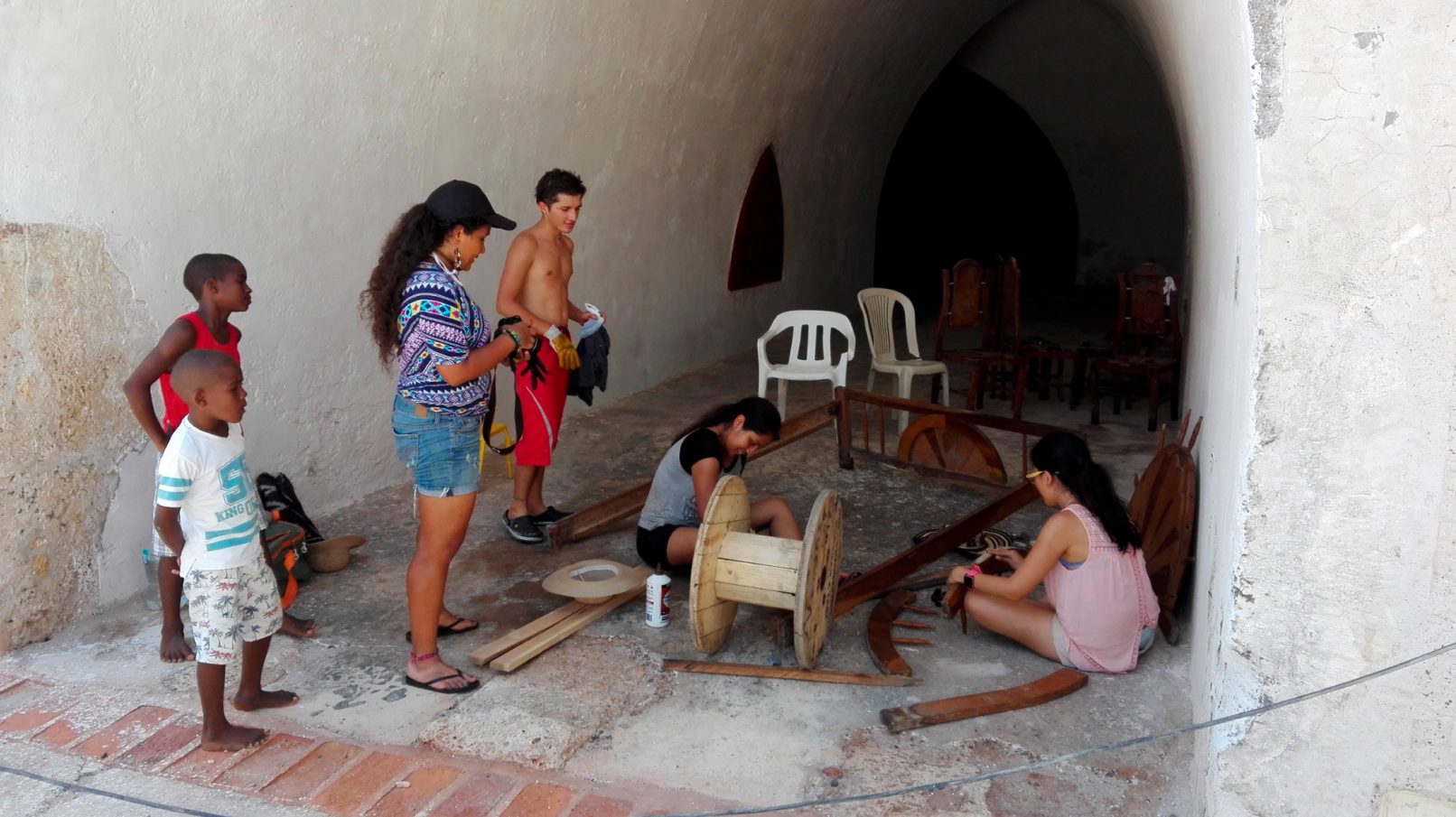 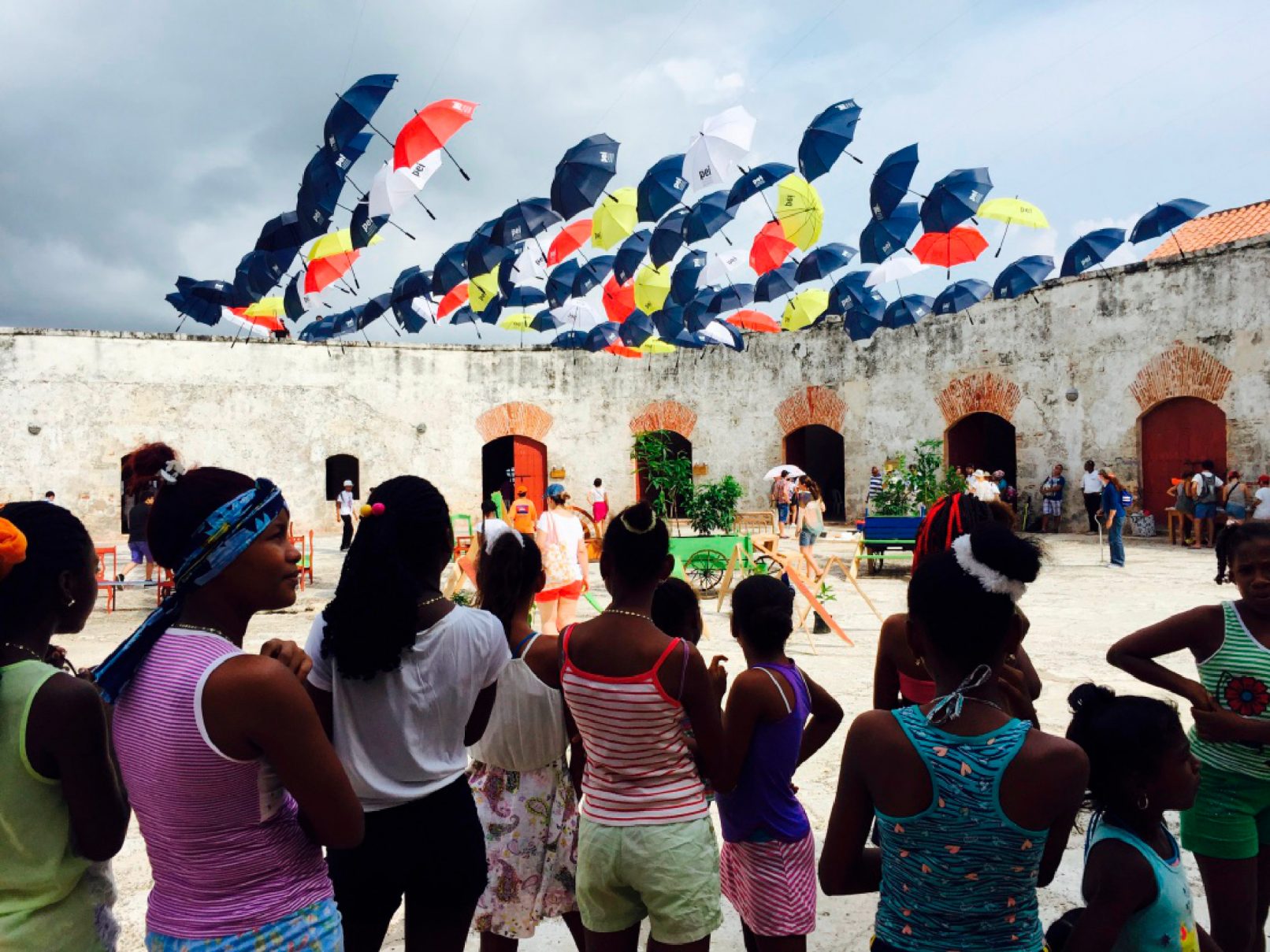 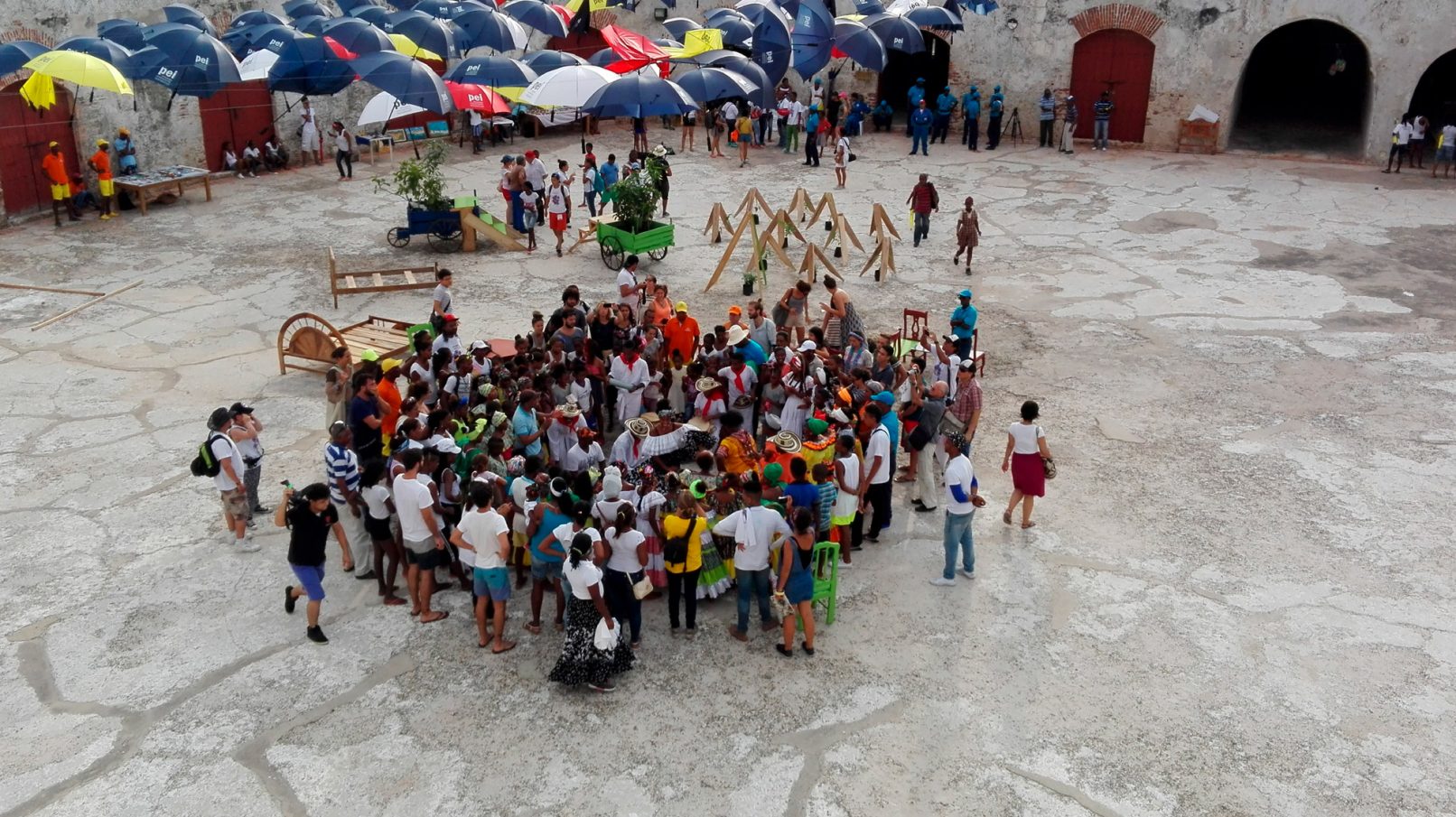